We Look Forward To Partnering With You.

Have you always dreamed of having beautiful, white teeth? Well, DREAM NO MORE! Every new patient at Eastover Dental gets FREE WHITENING FOR LIFE after their new patient exam and cleaning. Call us and schedule today to start now!

Are you tired of having crooked or gapped teeth?? Don’t be self-conscious anymore. We also offer FREE Invisalign and Dental Implants Consultations! Invisalign is the clear alternative to braces and during your consultation, we will provide a virtual I-Tero scan that will show you simulated final results of your new smile. Call today to schedule. 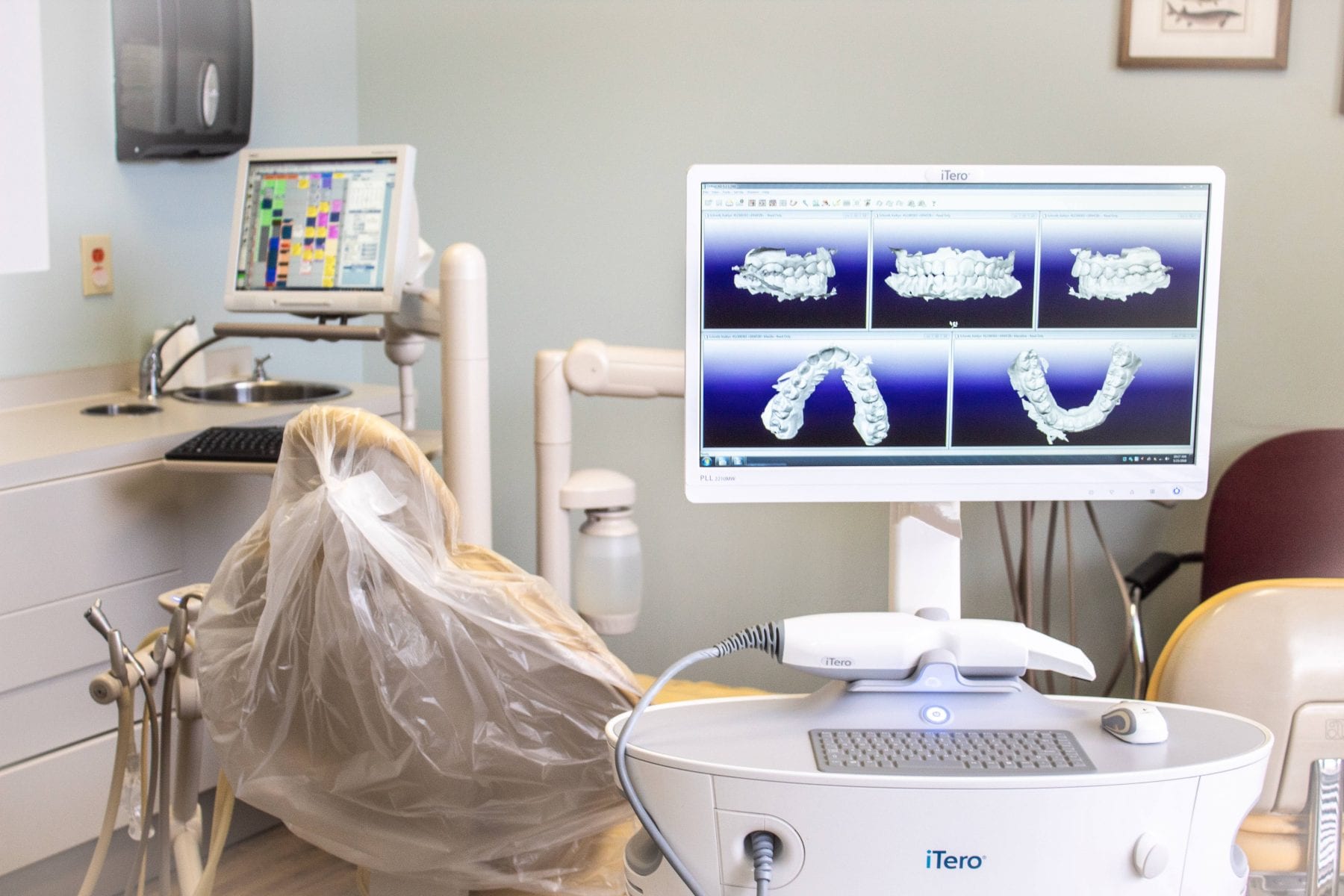 Looking to speed up the check-in process at your first visit? Look no further! We now have the paperwork accessible to download and print from home so you can fill it in before your visit.

Need us to get records from your old dentist?

Not able to print or looking to save a few trees? Fret not as we now also offer our paperwork to be filled out online! This will automatically and securely send your information to our database which makes your visit extra efficient for everyone!

Questions or concerns about your treatment plan? Look below for answers to some common questions.

What Are Tooth-Colored Fillings?

An increasingly popular alternative to silver amalgam fillings is composite tooth-colored fillings. New tooth colored fillings are safe, durable, and are virtually undetectable, making those around you think you’ve always had a flawless set of teeth. Unlike Amalgam fillings, composite fillings are virtually invisible and our team at Eastover Dental can shade them according to the color of your teeth to create a perfect match, giving you a beautiful, silver-less smile!

Your filling brightness can be maintained by simply practicing good oral hygiene and avoiding staining food and drinks such as coffee, soda, tea, etc. For more information on composite white fillings or to schedule an appointment, call Eastover Dental and let us rejuvenate your smile

What Are The Benefits of The Dentures You Offer?

Custom Characterized dentures are ideal for you if you desire exclusive features and the best value. This option provides the ultimate way to create more natural-looking teeth.

What Is Root Canal Therapy?

Despite the common belief that root canals are excruciatingly painful, in actuality they cause very little pain and discomfort. In fact, root canals actually relieve tooth pain.

What is a Root Canal?

Each tooth has tissue containing nerve fibers that run through the center of the root of your tooth, which are called “root canals.” When this tissue dies as a result of a deep cavity or trauma, root canal therapy is needed. Without treatment, pain gradually worsens and the tooth can abscess and cause swelling.

What is Root Canal Therapy?

Root canal therapy is used to remove the dead tissue from the tooth. After numbing the area around the tooth, the Dobson Dental team will isolate the tooth and sterilize it in order to protect it from bacteria in the mouth. We will then remove the dead tissue, from the canals. Afterwards, we will sterilize the tooth and place a rubber filling material inside of it. The tooth is then built back up and prepared for a crown.

Years ago, completing a root canal used to take several, long visits to the dentist. Today, root canals can often be completed in less than one hour during a single visit, thanks to recent advances in technology and new dental techniques.

If you are in need of a root canal but keep putting it off, relieve your pain and make an appointment at Eastover Dental today.

What Are The Benefits of Dental Implants?

When a patient has lost all of his or her teeth but wants a better fit and more retention than traditional dentures allow, implant supported dentures can give them that stability. A limited number of implants are placed into the jawbone, and the denture fits snugly over the implants and a connector called an abutment.

Single tooth implants are used when one or more of patients teeth are missing. They offer the stability of a natural tooth root, and this is an excellent option for patients who do not wish to have a removable appliance. Standard implants can support crowns (to replace a single tooth) or bridges (missing adjacent teeth).

If you have missing teeth and want to discuss dental implant options, please contact Eastover Dental at (704) 842-3524 and let us help you regain your smile, not just for cosmetic reasons, but for the sake of your health as well.

LUMINEERS are contact lens-thin and are placed over existing teeth without having to remove painful tooth structure (unlike traditional veneers). Lumineers are the painless, permanent cosmetic solution for stained, chipped, discolored or misaligned teeth.

Your LUMINEERS dentist can apply these contact lens-thin “smile shapers” to teeth without any grinding or shaving, transforming teeth into a naturally beautiful smile that looks perfect for every individual. LUMINEERS can even be placed over existing crown or bridgework without having to replace them.

LUMINEERS can only be made from patented Cerinate porcelain unavailable anywhere other than the Cerinate Smile Design Studio. In just 2-3 visits to Eastover Dental, you can have a custom-made smile that is clinically proven to last over 20 years – and it is completely reversible since your natural tooth structure is still intact!

Get your perfect smile today!

How Can You Help Me Improve My Smile?

Dr. Brooks Paine has many options to get you the smile that you desire.  We have helped many patients achieve brighter, healthier and more beautiful smiles.  The staff & doctor are extremely active in continuing education courses, where they learn the most up-to-date techniques to create beautiful smiles.

What If I Don’t Have Dental Insurance?

We work to make sure our care is affordable for all patients, even those without any dental insurance by offering an in-house Wellness Plan. Learn more under “Our Office” tab.

I Haven’t Been To The Dentist in Years And I’m Nervous. How Can You Help?

We offer a variety of options to help even the most anxious patients relax and be able to receive the treatment they need.  Continuing to put off seeing the dentist can make any problems that are present much worse.  We are here to help you achieve the smile and oral health that you deserve.

Do You Accept My Insurance?

We accept the majority of insurance plans and make sure our care is affordable for all patients, even those without any dental insurance by offering an in-house Wellness Plan.

What Are The Warning Signs Of Gum Disease?

Healthy gums look pale pink and firm, but they can still look pink even as the disease begins. There are different classes of gum disease, and as you progress to the more serious forms, your damage will become more severe. You are your own first line of defense! It’s important that you know what gum disease looks like in its earliest form so that you can get treatment right away.

Watch for the known warning signs that you are in the beginning stages of gum disease:
• Gums that are swollen around your teeth. Affected gums swell and protrude in all directions around the teeth that have plaque and tartar.
• Gums that are bright red or bruised-looking. The color is a result of the infection deep within the gums themselves. Healthy gums are light in color, but the deep or bright hue shows irritation.
• Receding gums that are pulling away from your teeth, causing your teeth to look longer or larger than usual. Not all gums swell with the disease. In fact, many people report that their gums actually pull back from the teeth, leaving the roots exposed and sensitive.
• New spaces between teeth that used to be pushed together. When your gums are swelling or retracting, your teeth are also likely to move, a sign that is often more immediately noticeable than gum changes.
• Pus-forming or oozing from between your teeth. Whether it is excessive bleeding or pus, liquids that come from your teeth and gums always indicate a problem.
• Loose adult teeth. Your permanent teeth shouldn’t be loose. If you’re experiencing movement or wiggling teeth, you should visit the office right away.
• A change in the fit of your teeth when you bite your jaw together. Even if your teeth only move a little, your bite may be affected, causing your teeth to fit together differently than in the past.
• An ongoing bad taste in your mouth, even if you haven’t eaten. The layers of plaque and tartar on your teeth can cause a long-standing unpleasant taste in your mouth.
• Constant sores in your mouth. Sores are another sign of infection, and being unable to get rid of them is a cause for concern.
• Bad breath that just doesn’t seem to go away. This is also typically caused by the buildup of old plaque and tartar on your teeth and tongue.

It’s always best to have any dental concern checked by a Dentist. We would rather see one of our patients with perfectly healthy gums and reassure that person that everything is fine and worry-free than to discover periodontal gum disease after damage is already done.

What Do I Do if I Have A Dental Emergency?

What is The Cause of Tooth Extractions?

Sometimes trauma, gum disease, cracked or broken teeth and tooth decay can be too significant, and despite our best efforts to save the tooth, extraction may be the only option.  No one wants to lose a tooth, but here at Eastover Dental, we will make the process as comfortable and as pain-free as possible.

Just because extraction may be necessary doesn’t mean you have to live with a missing tooth space.  We can provide restorative dental options to replace the extracted tooth. These options include Dental Implants, Permanent bridges, and Removable partial dentures. Our team at Eastover Dental can discuss with you what treatment may be best and what the benefits of each would be. Dental implants are surgically fitted to provide a secure, sturdy fit while keeping the appearance of a real tooth.  If a number of your teeth need replaced, we offer standard dentures in traditional and premium options as well.

What Procedures Do You Offer?

Dr. Brooks performs the majority of his dental procedures in the office.  If your treatment requires a dental specialist, our office has formed relationships with some of the area’s best specialists and we will ensure you get the care you need and want.

What’s Special About The Intra-Oral Camera’s You Use?

While X rays provide valuable information that we can’t get from any other source, they cant show you everything that is going on in your mouth. That is why we have invested in an intra-oral camera – a highly advanced piece of diagnostic equipment that allows you to see what we see inside your mouth.

The intraoral camera handpiece is approximately the size and shape of a dental mirror. It has a built –in light source, and serves as a tiny video camera that allows us to zoom in on one tooth with 25 times magnification, or give you a “video tour” of your entire mouth. The images are displayed on a television or computer monitor, so you’ll be able to see problems such as worn or broken fillings, cracked teeth, plaque deposits, cavities next to fillings and excessive wear.

YOU CAN SEE WHAT WE SEE!

The intra-oral camera allows you to be an active partner in your dental treatment by enabling you to see what we see inside your mouth. With a clear understanding of your dental conditions, you’ll be able to make treatment decisions with confidence.